Living with Herpes – Why I am not Ashamed

Living with Herpes – Why I am not Ashamed 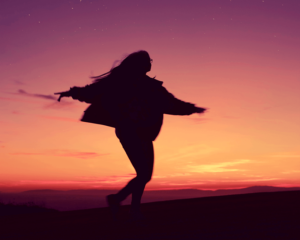 Why should I be?

I will not allow myself to be ridiculed, stigmatized, or disrespected by others for having a disease. It is a natural part of life whether you are human, animal, or plant. Nobody is exempt from disease, almost no one will live their full life without getting at least one sexually transmitted infection.

Some people are afraid of diseases and those who have them -this is an ancient, primal fear, and one I understand well. However, this doesn’t excuse anyone’s mean-spirited, ignorant behavior towards those living with herpes.

Those who make sick jokes about herpes are not only aping the same mentality as those who make racist or sexist jokes, but also exposing their lack of courage. It’s much easier to ridicule the things you are afraid of rather than having the courage to face those fears. They are creating a stigma that causes millions of people with herpes unnecessary grief.

How Common is Herpes?

Nearly every animal can be infected by a member of the order Herpesvirales, including cats, horses, elephants, and fish. (Source)

You can explore the taxonomy of the herpes virus here!

Having herpes doesn’t make me less moral, less attractive, less ethical, less worthy of respect, less sexy, or less of a great catch, so why would I be ashamed to have herpes?

I am not afraid of my body. I know that sometimes I will get sick, that my faculties will decline as I age, and that I am destined to die someday. This is the beauty of life- the contrast and balance between health and disease; between happiness and sorrow, summer and winter, fullness and emptiness, or between life and death.

I am a natural person, not ashamed or at war with any part of my body, including the herpes virus. I am at peace with the virus, my body, and my place in this world as a person with a lifelong herpes infection.

I am most definitely not ashamed.

Stop the stigma and learn about options for natural herpes outbreak management.

What you can read next